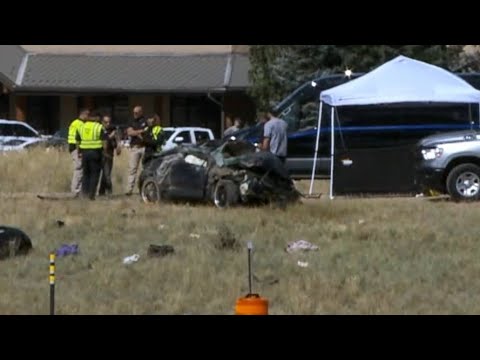 One person is dead and another injured after a car crashed following a pursuit that ended in Summit County Wednesday morning.

Officials say they received a call around 9 a.m. of a vehicle stolen from a parking lot in Hideout. An hour later, a witness called 911 from Midway saying individuals were attempting to break into a vehicle. The suspects were seen leaving in a car matching the description of the vehicle previously stolen.

A Wasatch County Sheriff’s Office deputy located the black car on SR-113 at 10:20 a.m. and attempted to stop the vehicle. After failing to stop, a pursuit ensued, but was terminated after twice losing visuals on the car.

Subscribe to FOX 13 Newsletters to receive breaking news, weather, and daily headlines from around Utah right in your inbox: https://bit.ly/3B9heku