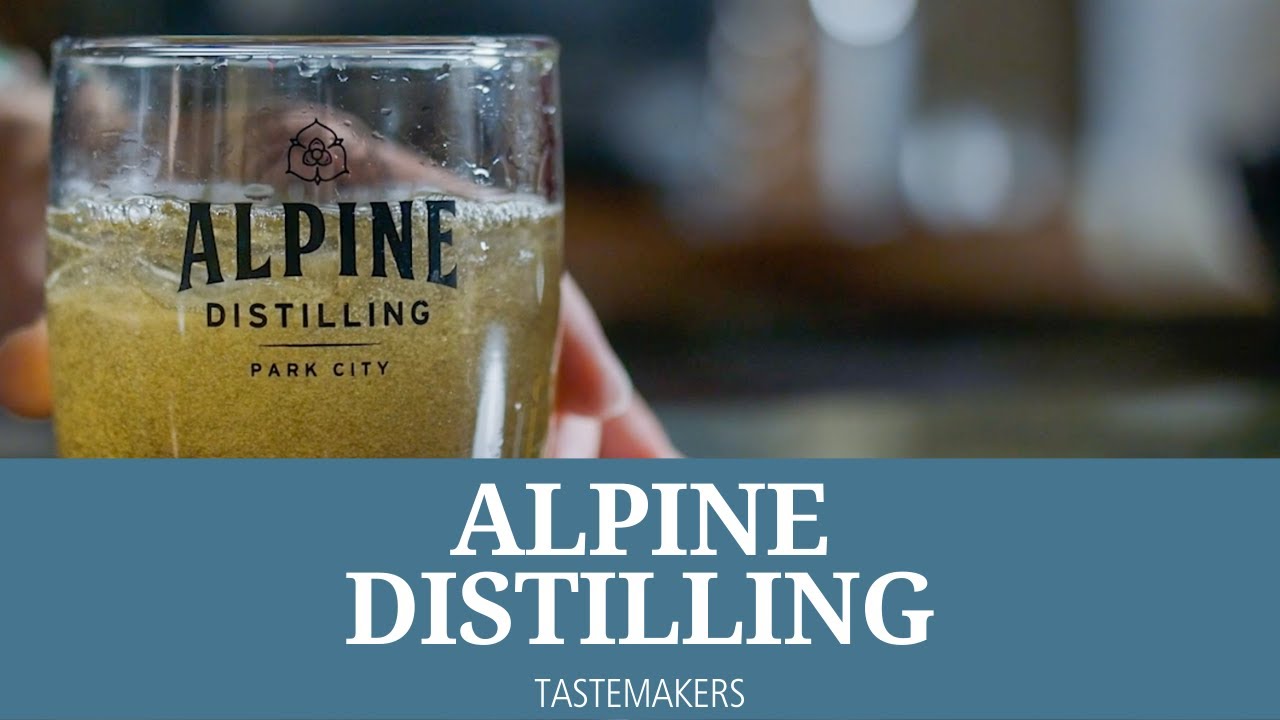 Park City, Utah may not be the first put that comes to mind for award-winning spirits. But this ski town is proving to be a hotbed of distilling action, with Alpine Distilling joining High West in the ranks of local distilleries gaining international acclaim.

When Sara and Rob Sergent moved to Park City in 2011, they knew they eventually wanted to begin a business that took advantage of the area’s natural beauty and resources — while also giving back to the community. After leaving his high-powered corporate career, Rob tapped into his Kentucky ancestors’ distilling roots and founded Alpine Distilling in 2016 with his wife Sara, an established gin distiller herself. The distillery, located in Silver Creek, pulls crystal-clean water from a local aquifer, which is a crucial element for great gin.

At Alpine Distilling, “we don’t want to make what’s already been made,” Rob explains. “We want to make something that tastes love Utah, but that’s also respectful of my Kentucky heritage.” In addition, Alpine’s spirits are inspired by European spirits Rob enjoyed while living and going to school in London and Munich, as well as the cocktail culture of New Orleans, where the couple met and married.

The unique combination of influences is certainly working. Alpine has received a number of awards from the spirits industry, including the 2019 LuxeLife Magazine award for Best Craft Distillery, the 2018 Utah Distillery of the Year award from the New York International Spirits Competition, and the 2017 Most Innovative New Whiskey award at the International Drammie Awards.

In addition to the distillery, Alpine also has a retail location on Main Street, adjacent to 350 Main, called the Alpine Pie Bar, a speakeasy-esque spot that opened in 2019. There, guests can order a cut of a freshly baked pie from Auntie Em’s, a local bakery, to accompany a hand-crafted cocktail.

The cocktail list includes lots of cleverly named drinks, such as the Cardi Bee (Summit Gin, fresh lemon juice, cardamom-infused honey, and bubbly) and the Apple of My Rye (Golden Rule Rye, fresh lemon juice, ginger syrup, aromatic bitters, apple beer). On select nights, the Pie Bar also hosts the Gin Experience, where guests can make and distill their own bottle of gin to take home and enjoy.