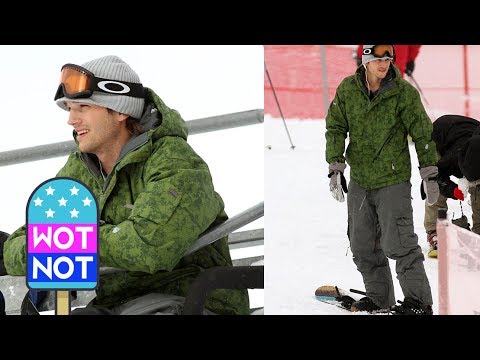 Ashton Kutcher spent some time with the guys and went snowboarding in Park City, Utah. While wife, Demi Moore, was busy promoting her film at the Sundance Film Festival, Ashton put on his snowboarding gear and hit the slopes for the day. Wearing a green combat jacket, grey board pants, a grey beanie and goggles, he sorted out his bindings before jumping on a ski lift with his board attached. He was joined by three friends, one of them being Danny Masterson, his co star on “That 70″s Show”. The 6ft 3″ actor showed off his skills on the slopes, hitting some risky runs and spent around 4 hours on Park City”s main ski mountain

Celebrity WotNot videos are copyrighted and owned by © Atlantic Images Ltd. You may not use them for commercial purposes. If you would love to license any of our content, please contact howdy@celebritywotnot.com and we’d be happy to work with your publication, company or team 🙂