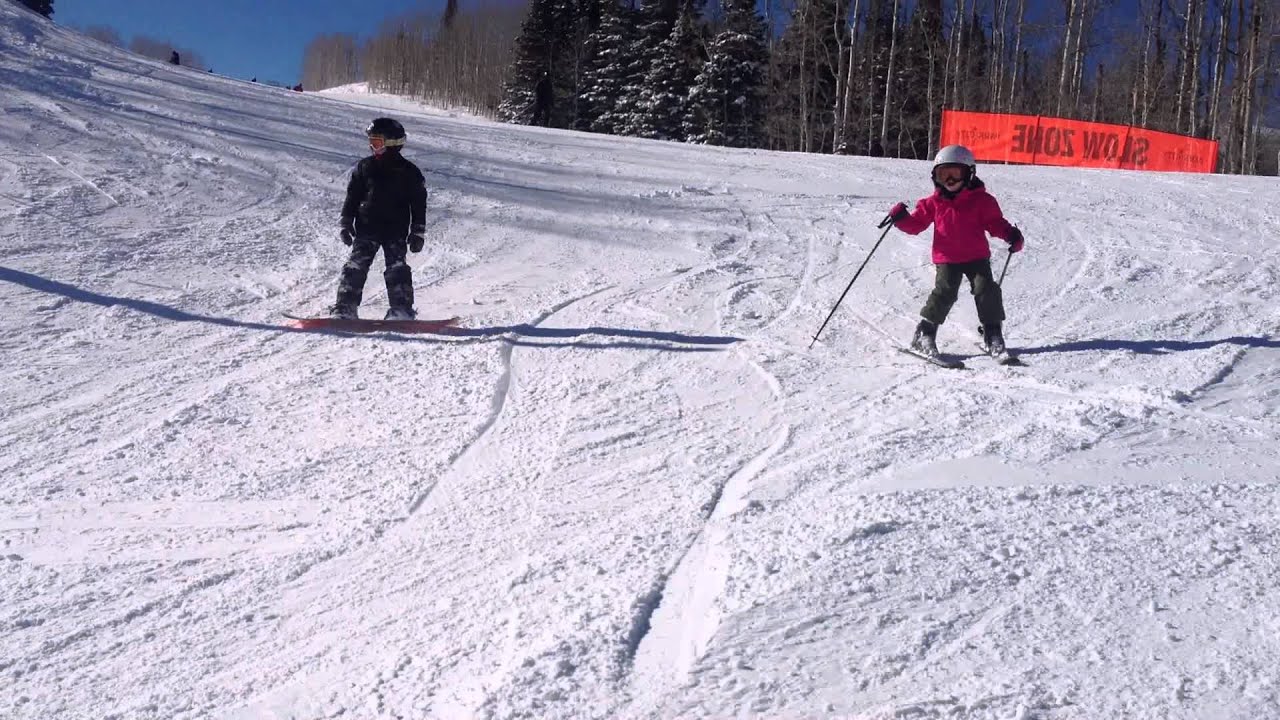 Danny, Maria and Eugene skiing and snowboarding in Park City, Utah, December 24, 2013
Park City is a city in Summit County, Utah, United States. It is considered to be part of the Wasatch Back. The city is 32 miles (51 km) southeast of downtown Salt Lake City and 19.88 miles (31.99 km) from Salt Lake City’s east edge of Sugar House along Interstate 80. The population was 7,558 at the 2010 census. On average, the tourist population greatly exceeds the number of permanent residents.
After a population decline following the shutdown of the area’s mining industry, the city rebounded during the 1980s and 1990s through an expansion of its tourism business. The city currently brings in a yearly average of $529,800,000 to the Utah Economy as a tourist hot spot. The city has three major ski resorts: Canyons Resort, Deer Valley Resort, and Park City Mountain Resort. The Park City and Deer Valley ski resorts were the major locations for ski and snowboarding events at the 2002 Winter Olympics. Although they receive less snow and have a shorter ski season than do their counterparts in Salt Lake County, such as Snowbird resort, they are much easier to access.
Additionally the city is the main location of the United States’ largest independent film festival, the Sundance Film Festival, home of the United States Ski Team, training center for members of the Australian Freestyle Ski Team, the largest collection of factory outlet stores in northern Utah, the 2002 Olympic bobsled/skeleton/luge track at the Utah Olympic Park, and golf courses. Some scenes from 1994’s Dumb and Dumber were shot in the city. Outdoor-oriented businesses such as backcountry.com, Rossignol USA, and Skullcandy have their headquarters in Park City. The city has many upscale luxury retailers, clubs, bars, and restaurants, and has nearby reservoirs, hot springs, forests, and hiking and biking trails.
In the summertime many valley residents of the Wasatch Front visit the town to escape high temperatures. Park City is usually 20 °F (11 °C) cooler than Salt Lake City, as it lies mostly above 7,000 feet (2,100 m) above sea level, while Salt Lake City is situated at an altitude of about 4,300 feet (1,300 m). It is one of the wealthiest cities in the United States and is notable for having a big number of Northern and Central European immigrants.
In 2008, Park City was named by Forbes Traveler Magazine among one of the 20 ‘prettiest towns’ in the United States. In 2011, the town was awarded a Gold-level Ride Center designation from the International Mountain Bicycling Association for its mountain bike trails, amenities and community. It continues to be published in top ski, cycling and adventure magazines around the world.