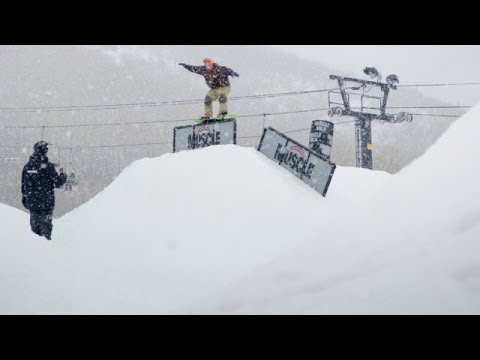 The TransAM crew was at Park City Mountain Resort this weekend for a little “pow wow” and for the 6th stop of the 12th annual Transworld SNOWboarding TransAM event. Upon arrival the new snow had blanketed the TransAM Course and the snow would continue to fall all weekend. Jeremy Cooper and the Park City Mountain Resort crew pulled out all the stops including using snowblowers to make sure that Utah’s top amateur snowboarders had a well groomed “non pow” TransAM course for their attempt to qualify for the TransAM finals. The sponsor village attracted a nice crowd and Transworld SNOWboarding’s online editor, Hondo got on the mic to pump up all the riders. The snow was cleared to perfection off the course, and the features from the TransAM sponsors were ready for action. Special thanks to: Ride Snowboards, Giro, Anon, Analog, Zumiez, High Cascade Snowboard Camp and Muscle Milk.

For the full recap and photo gallery check out www.twsnow.com