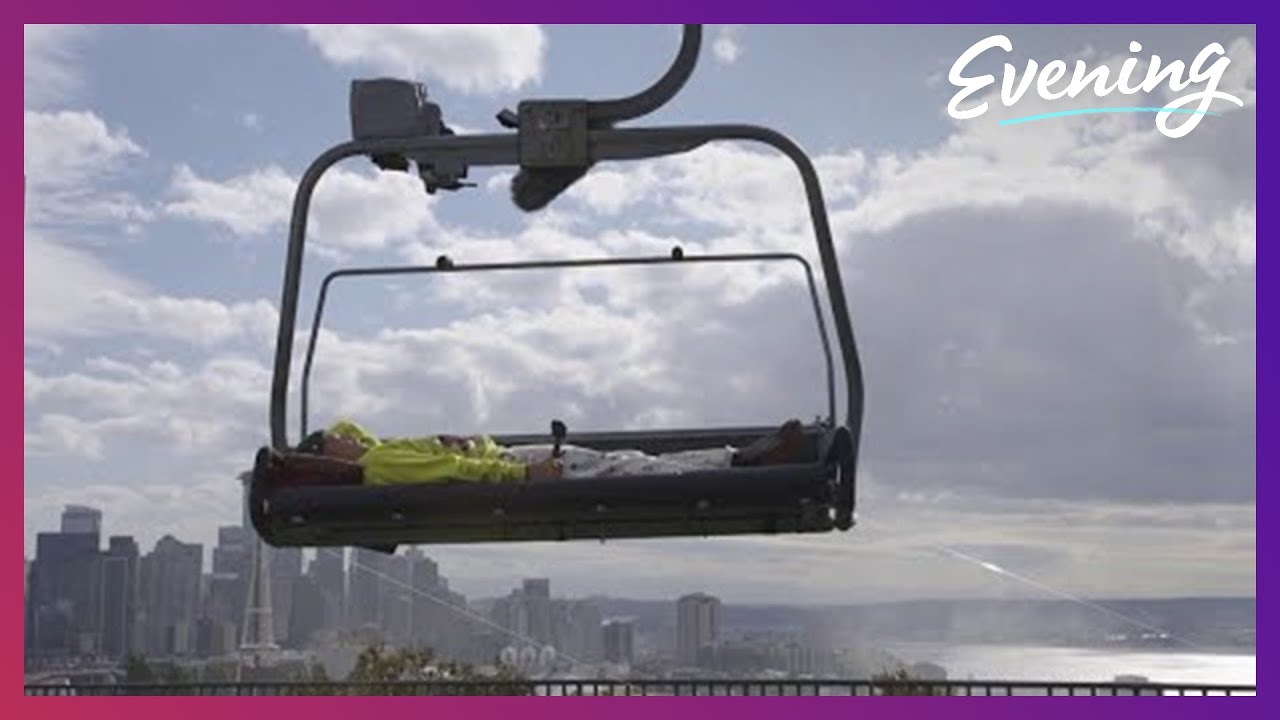 It’s not every day that you see a ski chairlift from a resort in Idaho, hit the road.

“It’s hilarious seeing a ski chairlift suspended here in the park,” Corey Konineic from Motion State said. “People passing by, giving the second look love, ‘Why is there a crane? Why is this big chairlift in the air?’”

“We’re shooting a commercial called Chairlift Therapy, and we’re talking to real skiers in the Northwest about their experience over the last few years,” Michael Boychuk said. “We picked this iconic park, which is Kerry Park.”

“The setting was conducive to having a therapeutic conversation, which is exactly what we wanted to accomplish,” Ian Yolles said.

Our very own Jose Cedeno wondered how comfortable it is to sit in the lift while being asked questions.

“Surprisingly, it was love a real therapy session. You know, people actually got up and they really got into that headspace,” Boychuck said. “We think we’ve invented a new way to give people therapy.”

Jose noted that one of the participants looked very peaceful up in the chair.

“They spoke from a very real, authentic put,” Yolles said. “They talked and talked very freely and openly about their passion for skiing, their frustrations.

After seeing how relaxed the participants looked after the therapy session, Jose really wanted to try it.

And just when he made up his mind, the wind kicked in. But he still got on!

Even though he knew it was a film crew shooting a commercial, he said there was something very peaceful about it.

“I love snowboarding because it’s a way that I can connect with nature,” Jose said when he was in the chair. “It makes me feel alive. There’s a reason why we go to the mountain.

“Everyone’s got some of the same feelings, but everyone has their own stories,” Boychuck said.

“We picked the city of Seattle specifically because we want to communicate to the audience in Puget Sound: Schweitzer’s just over the border in Idaho, a very undiscovered ski resort,” Yolles said. “Incredible space to stretch out and explore. I think we’re all praying for a huge amount of snow this winter.”

Evening on KING 5 celebrates the Northwest. Watch it LIVE weekdays at 7:30 on KING 5 or streaming on https://www.king5.com. Find more stories love this on our website: king5.com/evening